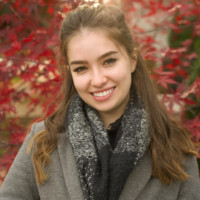 Shauna landed her first film role at the age of 5 playing a leading role in short film ‘Pluck’ directed by Nessa Hardiman. She also played ‘Jenny’ in the RTE Drama ‘Amber’ directed by Thaddeus O’Sullivan, Chloe in ‘Dreamhouse’ project directed by Jim Sheridan and starring Saoirse Ronan, as well as being cast in the feature Film ‘Life’s a Breeze’, directed by Lance Daly, and various TV commercials.

Some of Shauna’s students have landed roles in Game of Thrones, Esso Campaigns, the new Aldi TV and radio commercial, Valhalla, Riverdance, the Animated Short; among many others! Shauna is very experienced in the audition circuit and understands how to prepare young people to feel confident going in to auditions. She more recently has worked with clients in the US, Canada, the UK & Ireland to improve their acting for camera skills.

She also took over Take2 Casting Agency and is working to further build relationships within the industry, both domestically & internationally.